“The Soviet and American artists, without tension or rivalry had a deep connection through the inner combination of the souls of the two countries.”
— Soviet News, Yaroslavl, USSR 1990
“The United Nations of the Youth Circus World!”
— International Children’s Festival, Washington, DC
“One of New England’s most treasured educational and cultural resources.”
— The Boston Globe 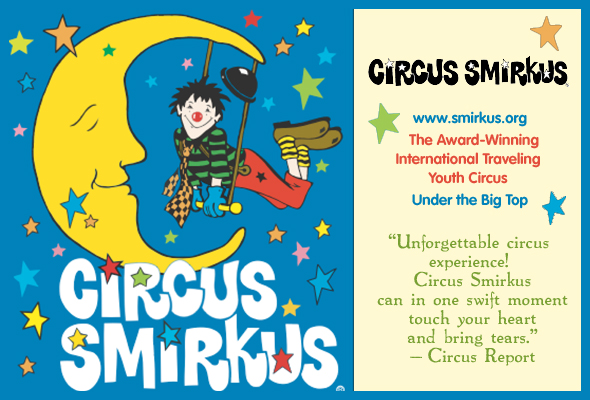 I ran off to join the circus as a young man, with the goal of learning the trade and someday creating a circus of my own. I founded Circus Smirkus in 1987 to provide a place where kids could follow their own dreams right into the circus ring. Smirkus embodies the capacity of individuals to dream and, with imagination and perseverance, to enact their vision.

An artist lives by pursuing dreams, and these dreams are hungry puppies! I am familiar with the compulsive hands-on work of the entrepreneur who pursues a vision, achieves it, and then in amazement struggles constantly to feed its demanding appetite.

Why circus? There are myths surrounding this subculture; one wonders how the mud of a tent show mixes with the mystery of the ring to make magic. Smirkus was to be a revival of the tradition of small tent circuses—known as mud shows—traveling to small rural towns that the larger shows no longer played. It was to be a place where experienced circus artists worked as colleagues with a younger generation of talented students, in an atmosphere where the discipline, customs, traditions, and lifestyle of the itinerant circus were respected and passed on through the apprentice model of learning. It was to be a show under a one-ring big top which incorporated the artistic style of classical European circus, combined with an exuberant American energy and youthful slapstick spirit.

I dreamed of bringing the best traditions of my European circus background to American kids, and that meant mud, magic, and mystery: the hard life of being on the road mixed with a grand spirit of adventure. What hungry dreams! I wanted Smirkus to have a transformative spirit that would affect all who encountered it.

And all these dreams were realized….

As a company, Circus Smirkus is ruled not by the book, but by the heart.

The Smirkus nonprofit business model, partnering with local nonprofits wherever the company tours, has raised over $2 million for other youth groups.

Want to see the show? Go to circus camp? Get a job at the circus? Check out the www.smirkus.org website for everything about the company! 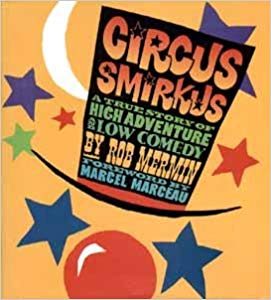 “Circus Smirkus, the book, is a fascinating description of why and how Mermin founded this amazing company, and what it’s like to become a part of it. It’s full of interesting anecdotes about Mermin’s own circus adventures, portrays the Circus Smirkus philosophy, highlights some of the kids who’ve been Smirkus Troupers, and introduces some very intriguing circus stars who share Mermin’s vision.”

Rob’s coffee table book Circus Smirkus: 25 years of Running Home to the Circus! — a comprehensive history of the company full of color photos, stories, anecdotes, interviews and the fun of the circus! (Co-authored with Rob Gurwitt)

“For the last 25 years, a small circus in the heart of Vermont has been changing kids lives and inspiring audiences wherever it plays. This is the story of how an intrepid company of teenagers and circus performers came to teach kids everywhere that each of us can be more than we think we are.” —Amazon 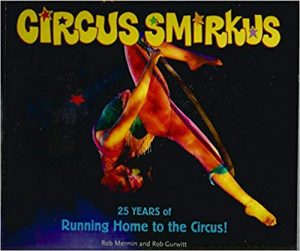 “What you are doing with Circus Smirkus is an absolutely wonderful task: bringing to the children, and all of us, a hope for the future.”
— Marcel Marceau
“Smirkus continues to take dreams and turn them into life long memories. It is magical. It is the sense of family, of shared values, of understanding, and of challenges where kids could creatively confront fear and uncertainty and confusion and find the resources to meet and successfully solve these issues.”
— TH, Smirkus trouper parent