“I was diagnosed with Parkinson’s Disease (PD) in 2014. My intention is to document our progress and promote these findings to the wider PD community. This involves studying the neuroscience of mime & circus training, research with neurologists and movement disorder specialists, filming the classes, and giving workshops at conferences, hospitals, and PD support groups around the country.”
— Rob Mermin 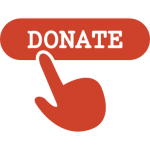 Please donate to our
Mime Over Matter program.
Become a patron via Patreon

Mime Over Matter – The Video

The PD Players! In 2017, our PD class, in Vermont, first performed an ever-evolving theatrical show. The show explores what it is like to live with Parkinson’s—using humor, emotion, fun, and sincerity through skits, music, mime, poetry, and circus. This project may eventually lead to three things: creating new scripts for other PD groups to produce their own shows; expand the group; and train others to lead PD Mime classes.

Here is the very first show. It’s just over an hour long. Hope you enjoy it.

Premiere Performance by the PD Players directed by Rob Mermin: The Parkinson’s Performance Troupe in “Mime Over Matter!” At the Unadilla Theater in E. Calais, Vermont – June 17, 2017

“My neurologist put it succinctly: he said he hasn’t seen a PD group have so much ‘damn fun.’ I wholeheartedly agree!” — D.W. (PD Players participant)

“I just wanted to say thanks for giving all us Parkies a chance to shine in the spotlight.” —Deb S. (The PD Players)