“Like you dear friend, I live to enlighten dreams. It is our common task, to bring light to the art we love.”
– Marcel Marceau

I had heard about an elderly gentleman living in rural Indiana who was renowned for blowing bubbles.  He was 89 years old, and in his younger days had toured a two-hour bubble extravaganza on the vaudeville stage. One thing I knew is that it is prudent to learn from a master, when you can find one. I had to go find Mr. Eiffel Plasterer. 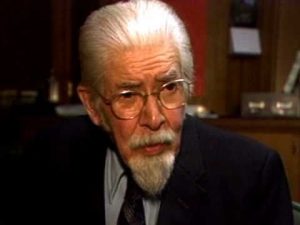 I arrived mid-morning at his old farmhouse. An ancient sign over the barn read “Sorghum Molasses.” The wizard—slightly built, crinkly eyes, wisps of white hair, white goatee—greeted me at the door without a word. He beckoned me in to the kitchen with one hand while the other hand made a cautionary gesture that clearly said, “Don’t Speak!”

He ambled over to a drawer and removed two spoons. Opening the fridge, he took out a small 8-ounce jar containing a thick dark substance. Peering at me with narrowed eyes, he bid me follow with a nod of his head. I stood befuddled in his kitchen, not yet knowing if he was a sage—or simply barmy.

Once situated at the dining table he ever so slowly pushed the jar toward me. He paused, slowly pushed forward a spoon, and then leaned back. His eyes were twinkling now to see how I would react. I felt a buzz of anticipation as I gazed at the jar of homemade sorghum. I knew what was up, and happily I was prepared: the game was on!

I slowly took out of my pocket a small 8-ounce jar of homemade Vermont maple syrup I had brought as an offering. I paused. Then I slowly pushed it towards him with a spoon, looking him in the eyes, all the while trying to match his twinkle. His eyebrows lifted in surprise. I grinned. Ten minutes had passed without a word.

After staring at each other, and twinkling, we made the same slow movements, a pantomime act in unison, opening each other’s jars, holding up our spoons, dipping, tasting the sweet syrups—and savoring the flavor with eyes closed in complete satisfaction. The ritual completed, he put his thin arm around my shoulder and proceeded to speak with great enthusiasm and a childlike delight about his discoveries with the properties of soap film.

We spent the rest of the day playing. He gave me a jar of his Long-Life bubble gel, a secret concentrate solution which made bubbles that lived for several weeks without popping. “Bubbles,” he said, “are like people. They are unpredictable.”

“Life is like blowing bubbles,” he remarked in his dusty basement. He held up a jar with a 3-month old bubble inside. “All our hopes and dreams, promises and aspirations—they don’t all have to break.” He laughed with wonderment. “By our own breath—a child’s breath—we are creators of a floating iridescent universe! The souls of bubbles are in the breath.”

My “Soap Bubble Circus,” presented as an old-fashioned tabletop miniature circus, is a tribute to Eiffel Plasterer and the delight of simple things.